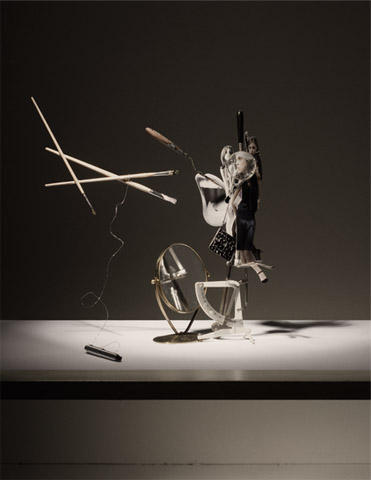 A sketch for something that might become something someday. Tonight the +46 party and later the Bon party. Tomorrow meetings and electricians.

First there were Brideshead, so fab no words are needed. Then came the Line of Beauty, a Thatcher-era followup. Ballet shoes is nothing short of amazing. Set in the 30’s, when style was style. Watch out for Lucy Boynton, a very talented young actress.

ItÂ´s a funny thing, style. I am very drawn to ballet and the aesthetics. When discussing photography I always favour the old. Might be that when looking back one gets a selection of the best ever produced. While looking today one sees all. On the other hand I always tend to like the new photography that clearly points back. In style, composition or styling. I wonder if it will the same in 50 years.

Will spend the better part of this seasons fashionweek in meetings. Pretty nice actually. Found an old portrait I sort of like going through an old hard-drive yesterday. Well, there were 3 of them which I shamelessly combined. 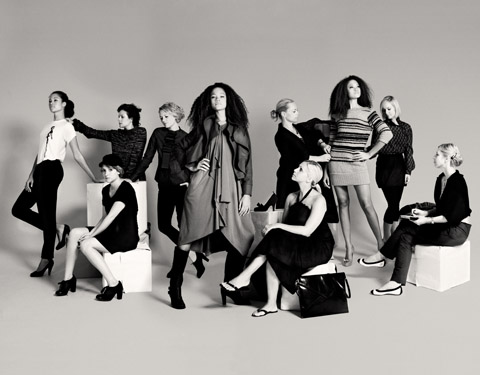 Will put old Jackie on repeat. 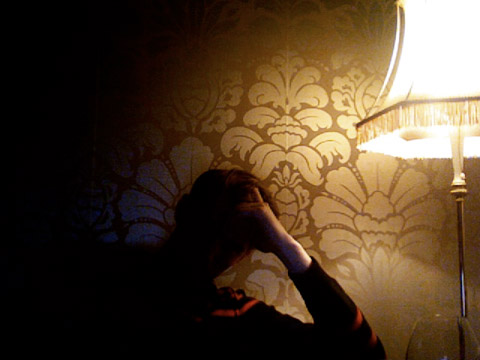 GrÃ¶nstedt XO and a Vitamin P – New perspectives in painting.

Had two good meetings this afternoon. Went home to Sebastian and managed to spill an entire cup of coffee on myself, thank good its Friday. Here is a list of literature Im hoping I will have time to order and read next month. Nothing to deep though, February is sad enough anyway. We have talked about putting together a literature group. A couple of friends who are either journalists or editors or in some other way connected to books. I know, Im a photographer, but at least I look like a librarian. (Think tweed and bow-ties, and a haircut like Errol Flynn.) Anyway, it would be very nice. I will even propose that we take turns preparing a lecture about the author in question. Nothing fancy. Just a bit of background and maybe a walkthrough about the most commons interpretations to get the discussions going.

The list:
-The Gum Thief by Douglas Coupland.
I have read Coupland since Generation X and Girlfriend in a coma. I like the modern tone.

-Alexey Brodovitch by Kerry William Purcell.
Can any respectable studio bookshelf be complete without Brodovitch standing next to Blumenfeld, Rawlings, Penn and Newton?

-Count D’Orgel’s Ball by Raymond Radiguet.
Erika loves ‘Le diable au corps’ and Klas is always talking about Count D’Orgel so I feel that I have to read it. The story on Radiguet is very beautiful in a sort of decadent, french way. I did find a first edition of the swedish translation (Bonnier 1925) in MalmÃ¶, did however miss it by minutes as someone went in and bought it before I called.

-Erwin Blumenfeld: His Dutch Years 1918-1936 by Erwin Blumenfeld.
Possibly the greatest fashion photographer ever. Have a couple of books with his work that I look in every week.

-Eye to I: The Autobiography of a Photographer by Erwin Blumenfeld.
Enough said.

-Harold’s End by J.T. LeRoy.
Yes I know, Leroy is a fictional character and not an author. Still love ‘The heart is deceitful above all’ and ‘Sarah’. They turn you into someone else as you read them. Remember lying on a bed in a small Paris apartment in the spring reading. Had to run out to Shakespeare & Co when I was done and re-read the New York trilogy to calm my heart.

There is a pretty interesting essay in todays SVD (Swedish newspaper) about how photography is changing the way people see themselves. According to the writer it started, in one sense, with the use of mirrors back in the 16th century. With todays fast cameras the self image evolution is raging. There is of course a difference in seeing ones visual appearance and reflecting on ones thoughts. The thoughts being more connected to actions (you have not forgotten David Humes belief/desire model for human motivation have you) and to morals. According to the author you investigate and develop your inner self by making it possible to view your mind from a third person perspective. Simply by writing a journal, or by other means getting it out of yourself. The big question in the end is if a different use of technology can shift the focus and make us see ourselves from the inside instead of the outside, so that we can care more for our moral, intellectual and creative sides. My question is if the blog doesn’t do that for us?

Today is one of those fridays when it is just a little bit harder then usual to get started. It could be that I am mentally storing energy for the big party saturday, or it could be that I am listening to the Big R Radio 90Â´s channel. Feels like when I was 15. For some reason I always get stuck in sketching when I’m in this mood. Anyway. After carefully reading old books and looking at old photographs I have come to the not so avant garde conclusion that colour photography was more beautiful back in the day. Could be the poses or the older models. Could be the handcolouring of prints. Would be nice to pack up the old 4×5′ camera and print b/w. Would anybody buy? 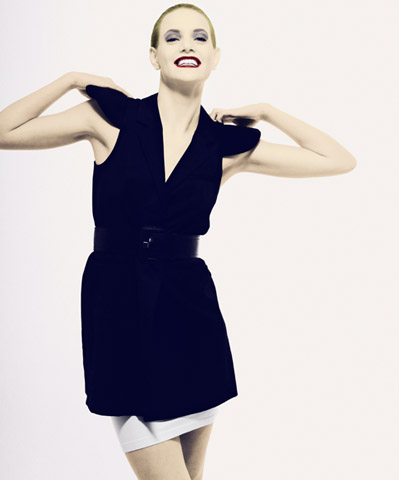 Pay no attention to the slightly yellow colour of the skin.

-Reinvent food still lives with a fashionable approach.
-Write a letter.
-Go to two meetings.
-Bake macaroons for Corkys party.
-Write a project description for an exhibition.
-Talk to an art director about a campaign.
-Sketch up references for a fashionshoot next Sunday.
-Talk to a magazine production assistant. Am I shooting on wednesday?
-Write a rough budget for a look book and a campaign.

Shot a picture the other day for a pr event that is happening during fashionweek. The funny thing is that for the first time in my life I actually feel like bying a tumble dryer! Might be laziness though, cause the special thing with it is that it irons in some steamy way while it makes your clothes dry. 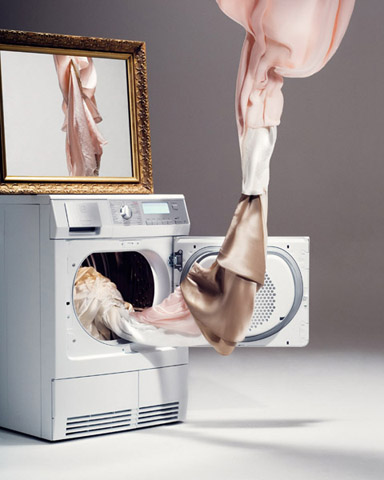 If you are in the neighbourhood during fashionweek you can have a closer look, it will be at Berns. And while at Berns you should most definitely try the dessert menu. It saves any rainy sunday.

Found these on an old hard drive. I guess everyone with a interest in photography has played with toy-cameras at some point. Makes me miss Paris though. Corky was working for a fashiondesigner and I were doing a documentary on sex and gender (how very late 90/early 00…). Feels like it could have been 40 years ago.

View from our apartment in Le Marais 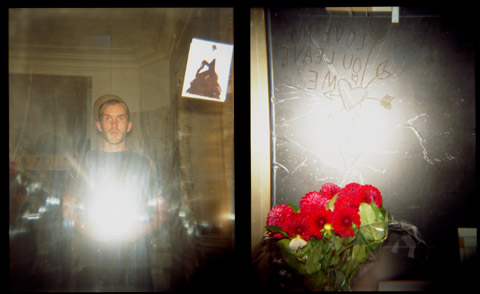 Tony saved the day and turned my attention from Oscar Wilde to Errol Flynn. A new season is a new haircut. Up and coming are two youngsters. Nike the model, who I have shot a lot and who I am doing a project with. More about that later. And this other young guy who has a wonderful blog on fashion and life called heybusdriverkeepthechange (in swedish).

There is something wonderful about being young and expressing things. I remember growing up with a magazineshop which had two editions of Vogue. That and a scrapbook was about all there was, actually talking about fashion was a one way ticked to getting beat up. (Well, not really, but you get my point.) Nowadays any runway is 30 seconds away which, I hope, will lead to very talented writers/designers/photographers/stylists in the future. On the downside I guess trends will be more streamlined as they are spread so much faster. What do I know. Just create something.

Fab saturday. Started with a long brunch with Anders and Corky, we even had waffles. Then home to bake macarons for the party next saturday. Mental relaxation through baking.

Had a lovely meeting yesterday and will shoot arty still lives for a new english magazine, splendid. Even had time to practice a bit of composition in the studio. Maybe I should do an exhibition on all of those compositions, would be nice. 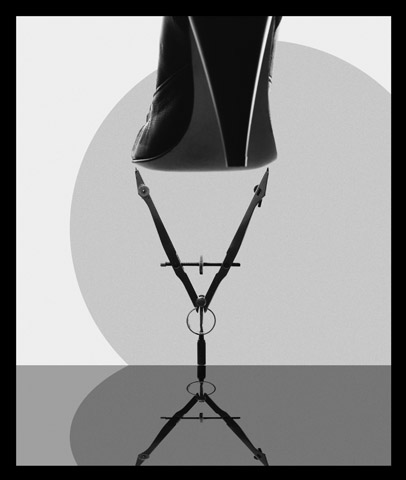 Built a set the other day with dear Sebastian that we never used in the final image. Couldnt just leave it could I. Im up to my knees in postproduction this week, thank god there are lots of 90Â´s radiostations on FStream. 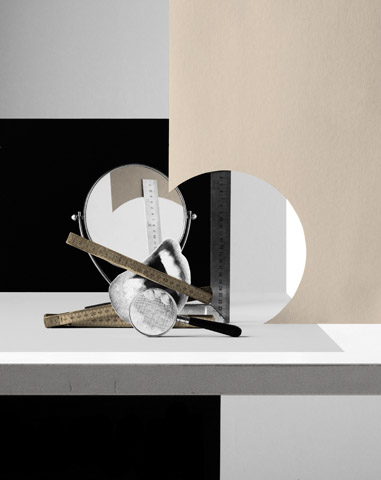 Fabulous crazy week as always. A ton of meetings, shot an ad and a beautystory. And actually ran 7 km this morning. I might have made a bet though, about running Stockholm marathon. Damn.

I have a strong desire to make a short film to go with a big project I’m working on. Will spend tomorrow working on a storyboard. And John Rawlings is now sharing the position as my favourite photographer of all times with Erwing Blumenfeld. Wonderful. 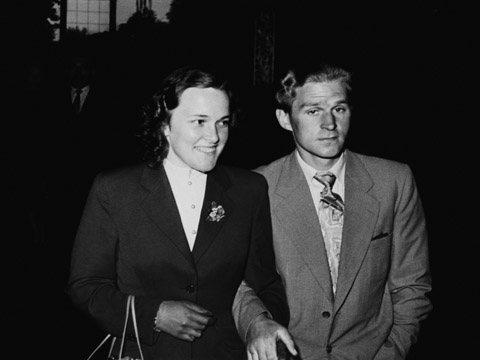 Snapshot of my grandmother and grandfather a night in Gothenburg, a long time ago.

2007 was about getting new clients, updating equipment and having a good time. 2008 will be about keeping clients, saving money and building a more classic persona. I do believe in kindness and sharing, not to mention a day to day use of R.M Hares principles of moral thought*, but a bit influenced by modern contractualism. There is however a need in my life to act a bit more firm. There is no need whatsoever to be rude or unjust, only a need to meet rudeness and unjustness in a different way. So out with James Joyce and Oscar Wilde for now, and in with my late grandfather. A natural at business, well dressed and with a hairstyle to die for. Lets get inspired.